General Aviation is described by ICAO as:

The NZ Aviation Federation (NZAF) brings together all the sectors of General Aviation to exchange ideas and issues that can be collectively debated and then presented to the regulating authority from a truly representative standpoint.

The member associations that make up the Federation are powerful groups in their particular field of aviation and collectively form the largest single Aviation lobby organisation in New Zealand.

NZAF member organisations represent every sector of GA from private, sport & recreational aviation, both powered and non-powered, to agricultural and aerial work. NZAF also encompasses Model Aircraft, remote piloted aircraft and parachute operations. These separate organisations work and run independently but come together to compare and debate issues that may affect every owner or pilot in New Zealand.

The NZ Aviation Federation is represented on all the sector reference groups and advisory panels within the Civil Aviation Authority. 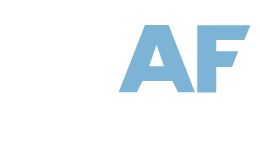